What’s in store for 2022 for the European Parliament?

As you know, the Presidency of the Council of the European Union changed on 1 January, with France and Emmanuel Macron now in the lead. But what about the Parliament, Europe’s other legislative body? What is in store for European citizens in 2022? In this video, the official channel of the European Parliament offers a concise and rather complete overview of the major issues to be considered.

2022 will be marked by the conclusion of the Conference on the Future of Europe. Citizens, the civil society and stakeholders will present their ideas for change.

The Parliament also voted for its new President in January. Elected every two and a half years, the President chairs the plenary sessions and represents the Parliament in other European institutions and around the world. Maltese Roberta Metsola succeeded Italian David Sassoli: at 43, she is the youngest person ever elected President.
Learn more about Roberta Metsola here

On the climate issue, in 2022 members of the Parliament will debate the ‘Fit for 55‘ package – a set of climate-related proposals that aims for 55% emission reductions by 2030.

Work will also continue on a pact on migration and asylum: the Parliament will look at how to make the system fairer and more efficient, with better controls on arrival and increased protection for those in need.

Digital issues will also be at the heart of the debate, with legislation around the internet to prevent hate speech, misinformation and malpractice. The aim is to protect both users and service providers.

This summer, the LUX Audience Awards will celebrate European cinema. Members of Parliament and the general public can vote for their favourite film. Results in June.

Finally, the Parliament will vote on several major EU challenges, including foreign interference in European democracies, creating a value-based framework for artificial intelligence and promoting joint action in the fight against cancer. 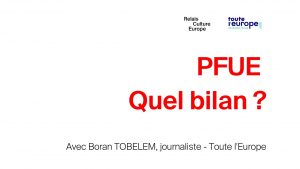 What's hot
French Presidency of the Council of the European Union: the results 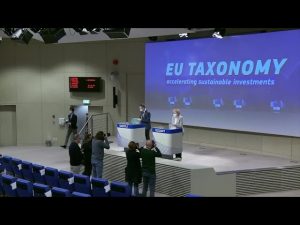 Let's get practical
What is the EU’s taxonomy for sustainable activities?